The guiding principle of Xanto is to provide its customers with multifunctional premium quality products, which guarantee the desired properties. 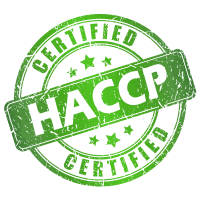 What is it about the purity of xanthohumol?

When someone offers you Xanthohumol with an HPLC Purity of over 96 or 98%, it does not mean that there is that much Xanthohumol in the total product weight. It may turn out that you have actually bought 50% Xanthohumol by weight and the remaining 50% are undefined substances that may even be harmful to your health!

If you browse the internet, you will easily come across many offers to sell “pure” xanthohumol at unbelievably low prices. How is it possible, then, that large chemical companies sell the “same” substance at prices ranging from several million EURO per kilogram upwards, while you find an offer for a few hundred or a few thousand EURO per kilogram?

We have to sadden you, there are no miracles. Producers or sellers of xanthohumol at “super bargain” prices usually use the measure of Purity of the substance expressed in the so-called HPLC Purity. Of course there is nothing wrong with this method, but the devil is usually in the details.

First of all, let’s start by distinguishing between the terms PURITY and ASSAY.

When we use “PURITY” with regard to a compound that’s been analyzed with a chromatographic method we mean the percentage of the signal area of this compound relative to the sum of the areas of all signals in the chromatogram. As complicated as that may sound, it simply means that all signal areas in the chromatogram always add up to 100% simply by definition. An “ASSAY” describes the actual Amount of a given compound as a mass fraction of the mixture at hand, usually measured against an external reference standard of known concentration. One of the implications is that the purity can never be more than 100% (be definition) but the assay can be, due to inevitable errors in measurement.

This also has a few further implications that may not be quite so obvious. First off, as many compounds do not have the same detector response, the relative ratios of their signal areas may not at all correspond to their actual mass fractions in a given mixture. For example, if you compare two compounds, one of which shows twice the absorption at the wavelength you are using for detection (not an unusual phenomenon), it will show double the signal area even if both compounds are present in the same concentration. So either you have to know the relative response factors of those compounds against an external standard of known concentration or at least against each other, or you even have to use an external standard for each of those compounds. The second problem is, that you may have lots of stuff in your mixture you can’t see at all with your detector (usually a UV detector or mass spectrometer in HPLC). A classic example for this may be some organic compound in a mixture with inorganic salts. Those are often not UV active. The result then would be that you may find 100% PURITY by area, but the actual mass fraction (ASSAY) of your compound is a lot less than that. As an example think of a solution of say 5% Phenol in Water. At the usual wavelengths you’d use in UV detection for HPLC (normally something above 180 nm) you’d only detect the Phenol, as it shows a good UV absorption. The water would be “invisible” to your detector. In this case your ASSAY would be 5% but your chromatographic PURITY would be 100%! That is a huge difference! Frighteningly enough, even many professionals in the chemical industry seem not to be aware of this.

Purity and Assay are usually not the same and can even be radically different. The only case where the two values are exactly identical is when the compound you are looking for and all other compounds in your mixture show the same detector response and also make up 100% of your mixture. That’s almost never exactly the case and often it’s a very big difference, as in the above example. To summarize: The PURITY of a product can be more that it’s ASSAY, if your method of detection doesn’t correctly represent the actual mass fraction of said product in the mixture you are looking at.

That is why we have our tests conducted in one of the best laboratories in the world - Phytolab in Germany.

The laboratory uses 3 methods.
Only such a detailed analysis can tell us how pure xanthohumol really is.